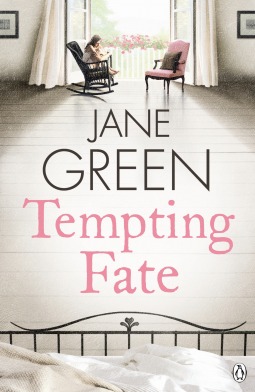 When Gabby first met Elliott she knew he was the man for her. In twenty years of marriage she has never doubted her love for him – even when he refused to give her the one thing she still wants most of all. But now their two daughters are growing up Gabby feels that time and her youth are slipping away. For the first time in her life she is restless. And then she meets Matt . . .

Intoxicated by the way this young, handsome and successful man makes her feel, Gabby is momentarily blind to what she stands to lose on this dangerous path. And in one reckless moment she destroys all that she holds dear.

Consumed by regret, Gabby does everything she can to repair the home she has broken. But are some betrayals too great to forgive?

Gabby and Elliot have been happily married for twenty something years and together they have two beautiful daughters. At forty something the pair are happy and believe their life to be just about perfect, that is until Gabby does the unthinkable and has an affair. Overcome with guilt and unable to hide her ‘mistake’ any longer she is forced to tell Elliot. Naturally Elliot is devastated but he believes he can over come this until Gabby lines up the final nail in the confine of their marriage. Gabby is pregnant, which would have been fine had Elliot not had a vasectomy the year prior.

Tempting Fate is the first novel written by the best selling women’s author Jane Green that I have had the pleasure of reading, and it doesn’t disappoint. At first glance it is easy to mistake this novel as a typical women’s fiction title, but I was glad to discover as I started reading this narrative that it was so much more than I expected it to be. At first glance it is a narrative about motherhood and marriage, life after 40 and adultery. And although those aspects/themes feature heavily within the prose, this narrative is so much more than it first appears. For it is a story about decisions both good and bad, and their everlasting consequences for everyone involved (partners, children, friends and society).  It is well crafted and expertly paced, the characters are vivid and their emotions tangible. The setting is relateable and the content absorbing.

What was probably most refreshing and my favourite aspect of  this novel stems from the way in which Green was able to take a step back from the narrative and present a story from all sides. The dual narrative representation of both Gabby and later in the story Elliot’s perspective allows the reader to see the story in a more accurate portrayal that is both reliable and fulfilling. I can’t help but acknowledge that it would have also been all too easy, and it probably would have been incredibly well received and yet very standard for women’s fiction, for Green to have told her tale from the stand point of Gabby with Elliot presented as the cheater. Immediately Green’s league of fans would have empathised and connected with Gabby right from the very first page, and their hatred would have been directed solely towards the bad-guy Elliot who would have had to spend the entire narrative making it up to reader with not much chance of success. Instead Green has taken a very well covered subject matter and flipped it on its head. Rather than have the male MC  (Elliot) as the bad-guy, she has presented the often victimised female MC (Gabby) as the instigator of trouble and marriage breakdown. The contrast in typical roles and the dual narrative perspective of both sides gives the story a more engaging feel, while also enforcing the reliability and nature of the character’s decisions and actions.

Another aspect of the story that I felt worked for this narrative in a very compelling way was the way in which Green explored  the concept of a female character’s mid-life crisis, as opposed to the male MC’s mid-life crisis. Likewise the continued focus on not only the family’s structural breakdown, but also society’s part to play in the marriage’s failure was both entertaining for the reader, but also in the reader’s face allowing the intended audience to question the way in which they would react to a situation like Gabby and Elliots. Would they stray like Gabby or act like Elliot? Could they forgive and move on or would their world stop spinning and crumble? As a friend would they side with one party over the other as Tim and Claire do or could they be like Josephine and stand against society’s expectations and rise above stereotypes?

As most good story’s do, Tempting Fate incites a very real and emotional response from it’s reader throughout the course of the novel. I for one experienced a very emotional response towards both the character’s and their predicament. While this is positive towards the narrative in many ways, it also works against Green in other’s, as I often to felt annoyed at Gabby’s character and irritated by the choices she made – especially in the beginning of the novel. As the book opens, Gabby is a very self-righteous character with very exact and strong opinions on adulterers.  While it’s my understanding that Gabby is initially displayed this way to show both how far she later falls, but also to initially  engage the intended female readership to side with Gabby, all it did was put me offside. For even before Gabby makes her big fall from grace and sleeps with someone other than her Husband, she emotional responds to another man in a way that I would constitute as an emotional affair. What’s worse, Gabby is unable to see this, and Green simple brushes it off as a setting up for later events. This emotional affair and entanglement, is in my eyes a bigger concern to Elliot then perhaps the one-night stand that Gabby partakes in. For Gabby is instantly horrified by her physical actions and thus sees this as her biggest ‘betrayal’, but had she not betrayed Elliot for months longer emotional and mentally as well?

Tempting Fate is one of those books you physically feel the need to scream at, hoping in vain that you can get through to  the characters and stop them making such a mess of their lives.  These feeling alone to intervene, and the frustration caused that an illogical inability to get through to the characters (or to shake them silly until they behave!) strengths the readers response to the narrative. All of which marks the narrative as not only a good story, but an compelling and compulsive read as the characters are not only believable, but their predicament is horrifyingly easy to recognise and relate too.

Overall Tempting Fate is a quick, compelling read that will bare it’s sole to the reader in the hope that they too can relate, or at the very least be entertained for a short time. With an insightful look into society, marriage and middle age, it is well worth a read.

One thought on “REVIEW: ‘Tempting Fate’ by Jane Green”