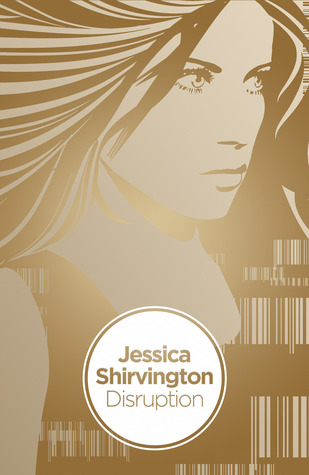 What if a microchip could identify your perfect match?
What if it could be used against you and the ones you love?

Eight years ago, Mercer Corporation’s M-Bands became mandatory. An evolution of the smartphone, the bracelets promised an easier life. Instead, they have come to control it.

Two years ago, Maggie Stevens watched helplessly as one of the people she loves most was taken from her, shattering her world as she knew it.

Now, Maggie is ready. And Quentin Mercer – heir to the M-Corp empire – has become key to Maggie’s plan. But as the pieces of her dangerous design fall into place, could Quentin’s involvement destroy everything she’s fought for?

In a world full of broken promises, the ones Maggie must keep could be the most heartbreaking.

In March I was fortunate enough to receive an ARC copy of this novel from the Publisher Harper Collins Australia, what was even better however was that I received this novel the day before I flew to the Gold Coast to meet Jessica as part of the Indie Authors Down Under Event. Meeting Jessica and being able to get my book signed was a highlight of the weekend and one I’ve been struggling to form coherently into words. Much like my review of this book. Or so that’s the issue I’d been having recently with this review until this past week when I hand sold a few copies at work and was able to talk effortlessly about how wonderful the book was to a bunch of teens, a parent and a school librarian. All of these parties asked different questions, all of which I was able to answer easily and were able to give contemporary examples for the Librarian – every single one of these groups walked out with at least one copy of the book. After that, I knew I could write this review.

Disruption by Jessica Shirvington is nothing short of amazing. It’s creepily futuristic in a similar way to Brave New World by Aldous Huxley, only more contemporary and accessible to contemporary society and teens. It’s beautifully written and throws a lot of questions up in the air as to our dependency on technology and what it’s doing to us as a society and people. It questions your relationships with others and it cleverly holds you captive (and wishing for the next book in the series!). Most importantly though, it features a strong cast of characters, and even more importantly a strong leading female character who much like Katniss in The Hunger Games and Tis in Divergent, is independent, strong, capable, and smart and ultimately worthy of our attention and time. What’s more Maggie is cunning and smart, she knows how to blackmail people and isn’t afraid to do so. Despite this more criminal aspect of her personality, her heart is in the right place. She’s looking out for the minority part of society and railing against the large corporation that is ‘killing’ society. She’s trying to save her Dad first because saving the world is a job to hard to contemplate, but she knows with her father by her side she can do it.

Maggie is a strong, likeable character who takes nothing for granted and uses every opportunity that comes her way. Although hesitant at first, she knows to succeed she needs to blackmail and use others to get where she wants to be and she isn’t afraid to do so. She’s intelligent, witty and cunning, but at the end of the day she’s just a girl wronged by society who wants her father back. Who will do anything and use anyone to get her father back. For that, you can’t blame her; her hearts in the right place after all. Although she comes across a bit aloof at times (to her peers) she is a largely understated character in her world and quite possibly their biggest threat. But she is human and prone to mistakes and human error; often this means pulling herself out of unimaginable scraps that could cost her her life, or making the ultimate decision between others and herself. Despite her bravo factor she’s passionate and wholly against violence for unnecessary gain.

Being such a strong character its often easy to forget how young Maggie is. When she’s running across the country and through secret tunnels, firing at the enemy and scraping herself out of near death experiences, it’s hard to remember that she is just eighteen years old. But she is, and Shirvington has walked a fine line portraying all the aspect of this characters personality. Her hardness, cunning and passionate persona is at odds with her inner feelings that are often complicated and warring with her end goals. Causing her to make the tough decisions. These decisions and their consequences aren’t taken likely by Maggie, and its this juxtaposition against the lonely tired girl who just wants her father back to make things right that makes Maggie such a strong willed, but believable character.

Shirvington’s ability to create believable relationships is second to none, whether that be romantic relationships such as Maggie and Quentin or more platonic, blackmailed, sibling based ones such as the one Maggie and Gus share. At first I admit to being a bit confused over what Gus’ relationship was with Maggie (was he friend, foe or a replacement father figure?) with their ever present slagging and fighting, but overallMaggie and Gus’ interactions have to be one of the most endearing relationship within the book. While it’s true Maggie is blackmailing Gus into being her technological side kick, their constant bickering if close to a sibling relationship that says you hate each other, but you know you’ll go to the ends of the earth together. Even if Gus is constantly saying he’ll walk away and leave her for dead. Then you have Quentin whose whole world has been turned upside down by Maggie’s ambitions, but who knows  that there’s truth to her words even if he doesn’t want to admit it. What I particularly loved about these two was how compared to other teen novels of similar situations, their roles were reversed. It was Maggie using Quentin, and Quentin who was clueless as to what his family doing and how the world really worked at large. Quentin and Maggie’s relationship was refreshing and something that grounded the novel in many ways, especially as it allowed for another side of Maggie’s personality to be seen and pulls the romance to the novel’s forefront. I liked this aspect because it meant although technology was being thrown at us from all angels  we weren’t bombarded with only technology and sci/fi elements, thus giving the reader something to recognise in their own world, but also a way to break up the heavier aspects of the genre. I’m also a hopeless romantic at heart so it appealed to me even more. Given what Shivington puts them all through and how this books ends, I’m really looking forward to seeing what Shirvington will do next.

It’s important to note that unlike the examples I’ve given so far, this world that Maggie, Quentin and Gus inhabit isn’t that from our own. It’s not dystopian like Divergent or the Hunger Games, it simply is our world when technology has run its course and is out of control. The dominance of technology and its scarily accurate portrayal (if we continue at the rate were going it’s quite possible we could end up with M-Band dependency on some form of technology) highlights the narrative’s brilliance and its underlying fear. Like Brave New World, this narrative serves two purposes – one to tell us a fantastic story that covers all aspects (Life, romance, society, family, thrilling adventure and fast paced) but it’s also to make us look around. Do we really want to end up this way? Probably not. Can we stop it however? Well that’s up the reader and the individual. Only time will tell really.

In many ways I feel this duologue is a mix of Jessica Shirvington’s previous works – we have the non-stop action and romance of the ‘Violet Eden Chapters/Embrace‘ series, while keeping and exploring the hard hitting emotional aspects of Between the Lives.

Keep your eyes peeled, because when Corruption is released later this year (tentative release date in November 2014), you won’t want to miss it.

Fast paced, highly addictive, entertaining novel that is sure to keen YA fans reading until the early hours of the morning. And you know what, the lack of ability to function the next morning is entirely worth it.

I’ve got a signed copy of Disruption to get away to one lucky reader. To win a copy simply leave a comment on this blog about your favourite Young Adult/New Adult book, or if YA isn’t your thing, what book are you eagerly waiting on to be released this year?

This give-away is open to Australian Residents only. Entries close at Midnight Monday May 19 with winners announced later that same week.

To purchase a copy head on over to any of the following retailers: