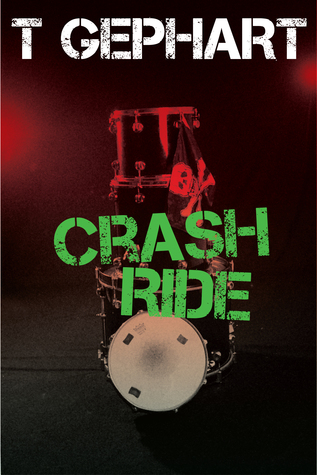 Megan Winters had lusted over Troy Harris, drummer for international rock band Power Station, for years. Not being the type of girl who was invited backstage, her fantasies had stayed just that, fantasies. When her best friend unexpectedly starts dating one of the other band members it puts her on a crash course at war with her libido. Her solution— they need to have sex. Surely once she had scratched that itch, and saw the fantasy didn’t live up to the reality she could move on. I mean, what could possibly go wrong?

Troy Harris vowed to stay away from Megs. The sexy, smart and funny blonde left his mind and his body feeling like a pretzel. No matter how attracted he was to her, she was a no-go zone. The best friend of his best friend’s girlfriend? Cue the reality show. But when she gives him the chance to have a one-night no strings good time, there was no way he could turn that down. Maybe she was right. One night, and then they could go back to being just friends.

Both of them were delusional.

We first met Megan Winters, fondly known as Megs, in High Strung as Ashlyn’s lovely sidekick and best friend who has a somewhat unhealthy obsession with Power Station’s drummer Troy Harris. After a drunk chance meeting that subsequently paved the way to becoming close friends thanks to Ashlyn and Dan’s relationship, Megan Winters life is forever changed. For the man she has not so secretly coveted her entire life is now within her reach… the only problem, he doesn’t appear interested. Or so she thought.

He had made it clear from the start; he wasn’t interested in dating me. Stupidly I had convinced myself that it didn’t matter. Like this girl could suddenly be OK with having feelings for a guy that weren’t reciprocated. Not likely.

Troy Harris loves the attention Megs showers him in, not because he is a jackass, but rather because he has developed feelings for the loveable best friend of his best friend and bandmate’s girlfriend. Sound complicated? You bet your ass it is. Given the friend code, Troy isn’t suppose to reciprocate those feelings that Megs constantly throws his way and so he keeps his distance and insists on being friends. Until the lines between friends and more begins to blurr…. The night in the club when Megs suggests a one night stand with absolutely no strings attached he thinks he has died and gone to heaven. No woman in her right mind would offer a deal like that given their history, and so he is certain that it’s too good to be true. Megs is adamant that they are adults and can do this without feelings getting involved and so they do… and things turn really complicated then!

I didn’t say a Fucking word when she told me she had started dating some dude. The chair I threw at the wall, well that couldn’t be helped.

Personally, I really liked the Josh storyline. He was a sweet character – but no match for our Troy Harris – that I kind of fell for, but he also reinforced the two characters feelings for each other when they were too stubborn to do anything about it. In fact the scene at the speakeasy bar was hands down one of my favourites. The way Gephart negotiated all those feelings and characters was astounding and so raw and poignant… I loved it!

Like the first Power Station novel, Crash Ride is highly addictive, entertaining and full of laugh out loud moments. It’s a hilarious joy ride that will keep you laughing and flipping/swiping pages as fast as you can. But it also has a more serious side that comes out in this book (of which I’m not going to spoil here), showing a darker and greater depth to both the characters and their commitment to one another, but also Gephart’s writing. If I thought I fell in love with her writing in High Strung, then I was head-over-heels-screaming-from-the-top-of-the-building in love with Crash Ride.

There’s a great little gender switch up in this novel that I absolutely loved Gephart for doing. In many ‘secret’ relationships it’s the man, or the person who is more high profile, who doesn’t want to let it out who they are dating/seeing and is thus somehow able to convince their partner that it’s better off if no one knows about them. Because it makes their relationship more about them: more private, more intimate, just more. Well this narrative flips that all on it’s head. For when the pair get over their continuing one-night-stand arrangement and decided that they should be together, it’s Megs who puts up the walls and keeps the relationship between the two of them. Partly this is because of the media presence, partly because of her job and the fact that she doesn’t think she will be taken seriously if it’s known that she’s dating a high profile rockstar and partly because she doesn’t want to ruin her best friends relationship or wedding by announcing that she’s with Troy Harris. I just really enjoyed the fact that Troy Harris was the one who wanted to broadcast his relationship to the world, but Meg’s who insisted it was kept a secret. Don’t even get me started on the little power games they each play with each other. There were a million little things about the relationship between these two that just made me love them even more: their easy comradeship, their playfulness and seriousness, the way that when they were together they were together one hundred and ten percent regardless of whether it was a packed room or their relationship was still a secret.

As far as characters go, I liked – read loved – Troy Harris so much more than I did Dan. He’s kind of aloof at times, but he’s romantic and just dreamy and… cue my sigh. Meg’s was also a fantastic female lead in this book as she was smart like Ashlyn, but funny and witty and just a go getter really. Something I admire in a strong female characters.

It wasn’t like I didn’t have an amazing life. My quote of great was straining against the maximum. A loving, supportive family, a beautiful apartment, wonderful friends and a fulfilling job, how did I get so lucky? Sure, Prince Charming hadn’t shown up yet, but I hadn’t had to give up one of my shoes either, so it wasn’t all bad.

Dialogue was once again on point, and I’m beginning to recognise the narratives humour and witty banter between it’s two leads as a trademark of Gephart’s work. I also loved that way Megs would only address Troy as Troy Harris; it was cute quirk that was original and just so totally them. It shouldn’t have worked – using a full name ALL the time – but it did and you really got a feel for Meg’s character because of it. Especially since even though the two words remained the same, you really got a feel of her emotions and playfulness and personality through the way she said it; and boy did she say it different ways (playful, seductive, serious, desperate, desolate…).

I’m really looking forward to reading Back Stage for it’s release blitz blog tour, as it looks to be Jason’s story, the final Power Station bachelor.

To learn more about T. Gephart, visit the following sites:

To purchase a copy of Back Stage, visit the following online retailers;