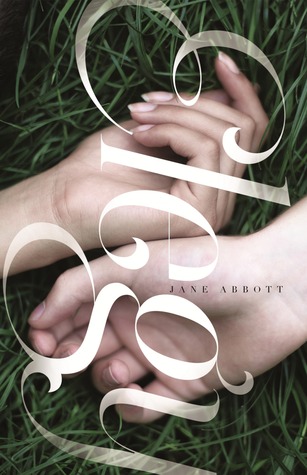 In a small Australian town, the most epic love story in history is unfolding . . . again.

Everybody knows everyone in Kincasey, and nothing ever happens. That’s what Jenny thinks when she moves there – until she meets the mysterious Michael Webster.

But when Michael gets into a fight with the town bully, long-held resentments simmer to the surface, loyalties are tested, and Jenny finds herself the centre of attention. Her situation isn’t helped by a deepening friendship with Michael’s stepbrother, Gabe, or her jealousy of Gabe’s beautiful but aloof sister, Caitlin.

Caitlin is the only one who knows the terrible truth: this isn’t the first life she and Michael have lived. They have a destiny to fulfil – and it’s time for Michael’s powers to awaken. But what use is power if it can’t give you what you most desire?

Oh Elegy … where do I start?

This book is amazing guys. Actually it’s even better than that. It’s uplifting, inspiring, comforting,  fresh, invigorating, devastating, and kind of a little miracle all at once. For anyone who likes mythology or even knows a bit about it, this is the book you need to read pronto!

I went in to Elegy blind. The book turned up on my doorstep out of the blue (thanks Penguin Random House!) a couple of weeks prior to it’s publication. Unlike other blogger ARCS, it wasn’t  initially accompanied by a media press release. I looked it over, got excited and then had to shelve it with my publishing TBR pile while I read and reviewed ARCS I had requested from the publisher. Then I fell into a reading slump where nothing and no one could pull me in to the story and I was feeling a little desperate. I picked up Elegy as a spur of the moment decision, and you know what? I devoured that book in the space of a couple of days.

I love mythology. I studied it in high school, and then again more intensely at university. I read every book, regardless of genre, that I can find that deals with any type of mythology. So for this particular mythological YA book to utterly so perfect for me, is huge. I raced through the pages trying to work out which mythological figures Catilin and Michael were. The pay off for Abbott withholding so much from the reader was totally well deserved and made the climax of the book that much more intense.

The characters. Oh the characters. Jane Abbott has gone above and beyond board to create a very uniquely Australian setting and cast of characters that keep their ‘Australian qualities’ while also being very universally readable. Kincasey, Abbott’s fictional rural town has all the big personalities you’d expect to find the world over – the jocks, the bullies, the outcasts etc -, and yet somehow these ‘basic’ characters seem fresh and more daunting when faced with mythological powers.

In many ways Elegy side steps dangerously close to a variety of taboo subjects. For example two of it’s romantics leads, turn out to be ‘contemporary’ step siblings with an epic history and timeless love. I’ll admit, I did feel a bit uneasy at first when I realised just who are mythological superstars were in Kincasey, but Abbott’s writing and her characters quickly reassured me; all of whom stress a lot that they may live in the same house as siblings, but they are not blood, nor have they ever acted as siblings do.

And then we get to the love triangle aspect of the book. Personally I’m well and truly over love triangles, and while a small, but rather consequential triangle does make an appearance in this book, it didn’t annoy me as much as I thought it would. Mainly because Abbott had done her homework, and she’d set up such strong characters, created such steamy and larger than life chemistry that I brought it one hundred and ten percent. Michael may be Jenny’s first love, but the boy she ends up with … he was most definitely meant for her.

What astounded me the most about this book is how clever Jane Abbott’s writing was. It was both whimsical and well … more like literature at times, but it worked. Jane Abbott’s voice is so strong right from the first page and her writing is very whimsical that it was almost like I was instantly taken away to another time listening to muse or bard telling a tale of some for gone heroes. And the moment way the title just clicks into place when it does … well let’s just say it brought me to great heaving sobs… you know, the ugly kind, and I’m not ashamed to say that this book, and it’s breathtaking cast of characters are still with me more than a week after I closed the book for the very last time. They are calling me back to the book time and time again and I’m doing everything in my power not to fall back into place like they are doomed to.

Elegy is one of those rare books that just ticks all the right boxes. It really was astounding just how utterly perfect it was, and I can not thank Penguin Random House enough for bringing this book to my attention and for Jane Abbott telling this extremely poignant and beautiful tale.

Elegy seriously hits all the right notes and is paced perfectly. It’s  a story with heart, brute strength and a lot of mystery and suspicion surrounding it that somehow just works. It’s a book I wouldn’t hesitate to recommend to anyone looking for a great Australian read or something with a mythological edge,

To purchase a copy of Elegy, visit the following online retailers:

Don’t forget to check out the interview I did with Jane Abbott here!