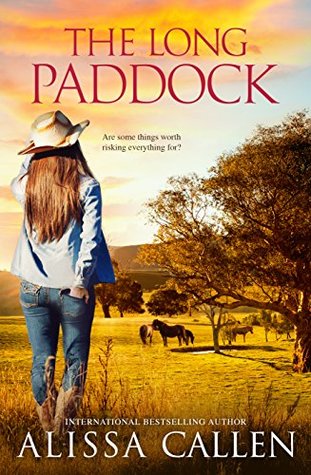 A captivating love story about community and second chances.

Country-girl Cressida Knight fills her days with her farm, a mischievous pet bull called Reggie and her volunteer emergency services work. The busier she keeps, the less she thinks about the cowboy who left her behind. She’s convinced the small-town Woodlea grapevine that she’s moved on, but now it’s time to move on for real.

Champion bull rider Denham Rigby shares Cressy’s deep love for the land and all he’s ever wanted was to stand shoulder-to-shoulder with Cressy through life. But three years ago a dark family secret left him no choice but to run. Now family duty gives him no choice but to return to the bush.

What Denham hasn’t come home to do is to hurt Cressy by rekindling their relationship. He’s nothing but a liability and the beautiful, self-reliant cowgirl has to stay off limits. But when faced with Cressy’s desperation to save her drought-stricken farm, he can’t keep his distance. He joins her out droving on the long paddock. Then when Woodlea is hit by more than just rodeo fever, they are further thrown together and Denham loses the battle to lock down his emotions.

But has he left it too late to stop running? And will the woman he’s always loved be prepared to risk her heart for a second time?

Set in the heart of Australia,The Long Paddock is the story of Cressida ‘Cressy’ Knight and Denham Rigby, two neighbouring farmers who have shared more than the odd drought season together. Fighting unresolved chemistry and feelings for one another, the pair are put through their paces time and time again as life in the country throws everything it has at them. What ensures is a book of remarkable character, strength and heart. One I couldn’t put down.

Giving a voice to some pretty serious, and often taboo / rarely spoken about topics, Callen doesn’t shy from representing all aspects of rural life in Australia, nor from revealing the often fatal and unfortunate toll our beautiful sunburnt country can and does sometime inflict on its inhabits. Each of her characters reflect various attitudes and standpoints of Australia, and in fact most small towns, that its often hard to look away. These characters and the situations/conflicts they endure, could easily be anyone of us. It’s heartbreaking, but incredible to witness and seeks to remind us all of what we stand to loose if we do not act.

Callen absolutely nails the Australian dialect in this book, so much so that you can totally hear the characters talking to each other as you read the book. When you combine this with her vivid imagery and larger than life characters, it’s no wonder the book swept me away.

I know I’ve mentioned it a lot lately, but this book is the King of slow burns. When the book opens we already know that Cressy and Denham have had a romantic past, but we don’t know the reasons for why they aren’t together now; a point of intrigue and conflict since it’s clearly evident to the reader that they were made for each other. Throughout the course of the novel we get to glimpse both characters heartaches and longings as they learn to navigate the hardships that life continues to throws at them. Both characters grow exponentially throughout the course of the novel because of this, and the fragile relationship they build together is not only a beautiful sight to behold, but one of the most magical and honest thing one can hope to witness.

The Long Paddock is a delightful and inspiring rural novel that hits all the right boxes: an alpha male and he’s equally stubborn childhood sweet heart, a rather cheeky bull with a carrot addiction, a cattle dog with swinging loyalties and bucket loads of mystery, small town gossip and a good dash of romance thrown in as well. More importantly though, The Long Paddock has so much heart and soul that it is sure to grip the reader until the very last page. Perhaps, if you are like me, even longer than that!!

So far 2017 has been a top notch reading year for me personally, and this latest addition from Aussie Author Alissa Callen is no exception. Full of mystery and intrigue and a good dash of romance, it’s the kind of book that is going to demand the readers attention and never let them go. Dealing with some heavier topics – alcoholism, mental illness, suicide and drought – it’s the kind of book that I find myself often returning too for it is unmatched in heart and soul. It’s brilliant and one page turner that you won’t want to miss this Summer.

To purchase a copy of The Long Paddock, visit the following online retailers: