Format: Paperback (courtesy of the publisher for review) 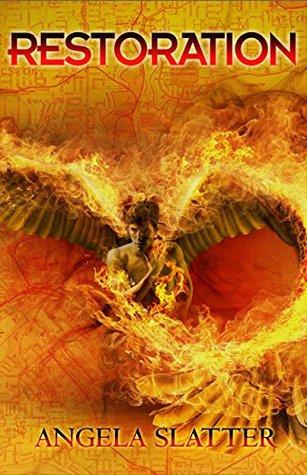 Walking between the worlds has always been dangerous – but this time V’s facing the loss of all she holds dear.

Verity Fassbinder thought no boss could be worse than her perfectionist ex-boyfriend – until she grudgingly agreed to work for a psychotic fallen angel. And dealing with a career change not entirely of her own choosing is doing nothing to improve V’s already fractious temper. The angel is a jealous – and violent – employer, so she’s quit working for the Weyrd Council and sent her family away, for their own safety. Instead of indulging in domestic bliss, she’s got to play BFFs with the angel’s little spy, Joyce the kitsune assassin . . . and Joyce comes with her own murderous problems.

The angel has tasked V with finding two lost treasures, which would be hard enough even without a vengeful Dusana Nadasy on her heels. And Inspector McIntyre won’t stop calling: the bodies of Normal women who disappeared decades before are turning up, apparently subjected to Weyrd magics. Angelic demands or not, this isn’t something she can walk away from.

And the angel is getting impatient for results . . .

It’s been a while since I read Vigil and Corpselight, but the one thing that remind strong in my mind about those books, is just how bloody strong and resilient V is. Seriously, this woman embodies the ideology of kicking ass and taking names for an every day job! And still, three books on, she is a refreshing and unique take on what a female lead in a fantasy novel can and should be. There’s no damsel in distress’ or Mary-Sue’s here people. Just a fierce woman, who will stop at nothing to protect her family and those she loves. No matter the cost.

One thing I will say with this book however, is that it’s a slow start. I probably should have re-read the first two books before diving whole heartedly into this one, but I just couldn’t wait to get stuck into it. Thus it took me a little be to get re-accustomed to Slatter’s writing style and remember the thousands of names mentioned (and exactly who and what they belonged to). After not too long though, I was fully surmised within the narrative and it felt like I have never left. In fact, before too long I was racing towards the books end, panicking because the pages were dwindling, and yet there was so much to be wrapped up. (Never fear people, there are no cliff hangers, or spoilers here for that matter).

One thing I still adore about this series, is the way Slatter has taken special care, and extra liberties, to place it within a world we know – every day Brisbane, but one sort-a just off kilter, and thus Brisbane-just-not-as-we-really-know-it. The unique Australian edge gives this series, and indeed this book, an edge that is often not found in the more contemporary fantasy novels of late … it edges it deep within reality, and asks the reader to consider what it is they know and experience on an every day basis. Is that building we just had never seen before and have never found again because we are lazy and can’t remember things? Or is it more sinister, with a glamour designed to hide it and its inhabitants from our clearly mortal eyes

I can’t help but think that Slatter upped the ante in this book, by about a hundred and ten percent. Just about every villain is back, and stronger, and V can barely turn around with out someone wanting to join her very long line of would-be-killers. Just like the villains, all the much side-kicks – Bela, Ziggi, the three Norns Sisters, Olivia, Merrily, Tatitina Banks and our two favourite ‘normal’ cops, Lizzie and Mel (just to name a few).

As I’ve come to suspect from Slatter’s beautiful, captivating and effortless writing, there are multiple plot lines/threads woven throughout the course of this narrative, each intersecting across the others, making it almost impossible for you to guess exactly what is likely to happen next.

As evident from the above, I’m not going to say much about the actual plot of this book, as you really need to read the first two books, and then this one to really appreciate Slatter’s expert storytelling prowess. Also I don’t want to unwillingly give any of the epic secrets of this story away! All I will say though, is you haven’t read a Verity Fassbinder book yet, you are seriously missing out and you need to rectify this pronto.

Restoration is not a book for the faint hearted; but if you love some kick-ass characters, the most likable-unlikeable character in existence (think a step up from Katniss Everdeen even) and just a really well written and thought out fantasy novel, then I highly suggest you pick up a copy today.

*note: I was led to believe this novel was the last in the series, but having finished it, I believe it wraps up the three books nicely, but there is definitely a door, or grail if you will, left open for more.

You can read my review for Vigil HERE, or Corpselight HERE.

To purchase a copy of Restoration, visit the following online retailers: