Format: Ebook Courtesy of the publisher and netgalley 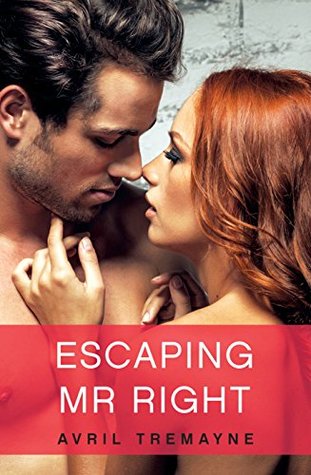 Sometimes Mr Right is Mr Wrong, and Mr Wrong is definitely Mr Right . . .
Television reporter Chloe Masters is a woman of cool control . . . except when Casanova rugby league player Nick Savage is around. Then cool control goes out the window. Her boyfriend, Marcus, is everything she ever wanted – but it’s getting harder to deny her body’s reaction to Nick . . .
Nick Savage has been head-over-heels since he first laid eyes on Chloe – just a moment too late to stop her connecting with his team mate, Marcus. But when the goalposts shift and he and Chloe are thrown together on a week away, Nick dares her to get physical in whatever way she wants – with a kiss, a punch or anything in between. And if Chloe claims to feel nothing, he’ll leave her alone for good.
How can Chloe say no to a week of mindless passion with the man she hasn’t been able to get out of her head?
Trouble is, a lot can go wrong (or right) in a week . . .

I was so totally with this book that I would have finished it one sitting had my ereader’s battery not died. Let’s just say it was a long agonising wait for it to charge back up!

Escaping Mr. Right was the most perfect, quick, hilarious, romantic book I’ve read in a while. I totally devoured this book in one massive gulp and was left with the worlds biggest book hangover for days afterwards.

Just to emphasise how much I LOVE this book, I literally have a note on the THIRD paragraph of the narrative that reads: Fun quirky start. Love the humour and the characters already. That like never happens. Ever. What’s more Tremayne’s dialogue was superb. It was really natural, but super witty too and in the moment.

Chloe Masters is a television news reporter who appears to have the world’s most perfect life. With a well paying, high-flying career and the perfect leading football star Marcus as her permanent eye-candy and leading man, she’s living the life that women around the world are drooling over. There’s only one problem however, it’s mostly a lie. While she has the career, she wants a more serious reporting gig and not some fluff piece that nobody really cares about. And as for that eye-candy leading man? Well he and his team mate Nick Savage are about to rip the floor right from under her. Oh and have I mentioned that her emotional well being was on tenterhooks anyway thanks to a rough childhood that she goes to great lengths to hide? Yeah, her ideal and perfect life is about to go to hell; Nick Savage is about to take her there.

Nick Savage is a man who knows what he wants. And he wants Chloe Masters. Never mind that she’s the serious long-time girlfriend of his friend and team captain, Marcus. Relationships are fleeting and nothing is set in stone. However when a kiss goes to far, he risks losing Chloe for good. Quick thinking and desperation actions on behalf of both him and Marcus see Chloe forced into taking a reporting gig in Manila to cover a charity building a playground for an Orphanage. The news story has heart, but can Nick win Chloe’s?

Tremayne really showed just how much of a seasoned pro she is with this narrative. Not only is the book perfectly polished, but it is so well paced in terms of story and sexual chemistry that before you know it you’ll have reached the final page sooner than you intended. The characters, particularly Chloe and Nick, are larger than life and they don’t so much as leap of the page, as run you down in their race to prove themselves and come out on top in their highly competitive, psychological game of catch-me-if-you-can and kiss-my-arse.

While this book is hot, steaming with flirtation and unresolved sexual tension and chemistry, Tremayne has done the impossible and also build in a strong emotional and humanitarian story line that compliments the romance aspects of the book. I balled my eyes out in passages of this book, with my heart breaking constantly for both Chloe and Nick as we delved further into their back stories and what they were confronting head on in Manila. Honestly, you think you know these pair, or at least their type, at the start of the book only to be proved time and time again just how wrong you were. I really appreciated how Tremayne was about to contrast the fun and flirty with the serious and heartbreaking hard reality of orphanages and children left behind.

At it’s centre this is a book about family, love and being left behind. It’s about enduring love and self worth. It’s about being able to let your walls down and let someone in despite the pain that is sure to come. It’s moving, mesmerising and just so brilliant you won’t be able to pick up another book for at least another week! Have I mentioned that I loved this book? So what are you waiting for? Get yourself a copy NOW!

I’ve never read any of Avril Tremayne’s books before, but I’m definitely a fan now and will be one-clicking her back list as quickly as I possibly can. With Escaping Mr. Right she has firmly cemented her place on my MUST buy list.

Escaping Mr Right isn’t the only book set in this book world. Wanting Mr Wrong was the first book, and although the characters from that book have cameos in this one, I don’t think you miss anything buy not having read it first.

To purchase a copy of this book, visit the following online retailers:

One thought on “REVIEW: Escaping Mr. Right by Avril Tremayne”