It’s that time time of year again when we Aussies get a little bit crazy and carried away. Yep, that’s right its Australia Day! And to celebrate all things Aussie, I’m joining forces with a bunch of other blogs in Shelleyrae’s Australia Day Blog Hop Giveaway, where a bunch of fantastic Aussie blogs are giving away free Australian Swag and books. So make sure you check out Book’d out for all participating blogs; you never know what you might win from it or who you might meet along the way! So pull up a seat, and grab a ‘snag'(a sausage or if your from the UK a banger) and grab a cold one and simply enjoy 🙂

Keeping with tradition I’m supporting local Aussie authors again this year and have two book packs to give away.

BOOK ONE: An e-copy of ‘In Safe Keeping’ by Lee Christine – Open Internationally 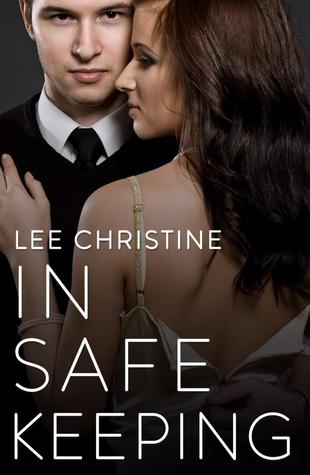 It was only supposed to be a casual affair, a stress-relieving night time romp, a secret just between the two of them. But when divorce lawyer Laila Richards ends up on the opposite side of the bench to high powered lawyer, Evan Barclay, in a very public, very high profile divorce, she knows their fling will jeopardize the case of her career, and breaks off their relationship.

Stunned by Laila’s decision, Evan vows to make the beautiful lawyer deal with him, both in and out of the courtroom. But when suspicious activity begins to emerge, and Laila’s safety is threatened, Evan fears his client — his best friend, the son of the only family Evan has ever known, may be involved.

Bound by client confidentiality and battling a massive conflict of interest, Laila and Evan fight to win, fight for justice, and fight for a chance at a relationship that’s anything but casual. 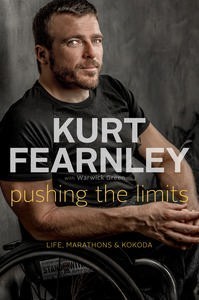 When Kurt Fearnley was a kid, he would leave his wheelechair at the front gate and go exploring with his brothers and sisters. ‘You’re going to have to be stronger than we are,’ they told him, ‘and we know you will be.’

The boy from Carcoar was raised to believe he could do anything. At fifteen, he won his first medal. Then he conquered the world, winning three Paralympic gold medals, seven world championships and more than 35 marathons. A world-beater in and out of his wheelchair, Kurt is a true Australian champion.

Inspiring, exhilarating and highly entertaining, Pushing the Limits takes us inside the mind of a kid with a disability growing up in a tiny town, a teenager finding his place in the world, and an elite sportsman who refuses to give up, no matter how extreme the challenge.

To Win either of the above books simply leave a comment below telling me who your favourite Australian Authors are and why you love them so much? Make sure you let me know as well which of the two books you’d prefer (you can enter for both).

Entries Close at Midnight on Tuesday 27th of January with winners announced Thursday 29th January by email and blog post.